A Professional Association of Insurance and Financial Advisors 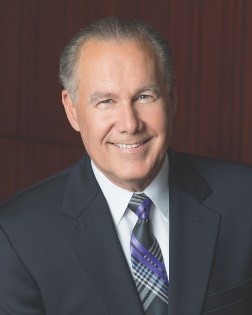 ADVANCE REGISTRATION AND PREPAYMENT
IS REQUIRED

Description: While clients may find comfort in larger balances in their retirement plans, they may not appreciate the effect taxes will have on their retirement income. The closer a client gets to retirement, the more important it is to hold conversations regarding strategies for decreasing future taxation.

We invite you to a CE event for “Taxing Times: Six Important Strategies for the Current Tax Environment” where we will introduce varying approaches to consider to potentially position your client for enhancing income while reducing taxes.

Please use the registration link below and sign up today to become better equipped to help clients understand the need to consider one or all six taxation strategies with their tax advisor. Implementing these strategies in their drawdown scenarios can help lessen their tax burden and reach their retirement goals.

It is your responsibility to verify the CE course is not a repeat of a prior course, taken less than two years from the previous one. The Internet address to check your State CE credits and compliance periods is located at: http://dice.fldfs.com/public/pb_index.aspx

Note: You must arrive on time for the CE Class to receive credit. Anyone arriving after 5 minutes into the class will not receive CE credit. Please know your license number, and bring a photo ID.

We just completed “I Love NAIFA Month.”  Members from across America took advantage of the new member referral promotion. Congratulations, to those members who earned  a $10 Starbucks gift card.  Although the promotion has ended we encourage every NAIFA-Broward member to refer new members at every opportunity.  Please make sure you send your referral to www.naifa.org/join and have them add your name to the referral field!  It’s also a great opportunity to create and use your own personal referral link.  Getting your link is easy; just create a NAIFA connect profile at www.naifaconnect.org and it will generate automatically! Post in your emails, social media posts and via any other opportunities that apply.

This month I am excited that we are having an in-person Florida approved continuing education program hosted by Allianz Life Insurance Company.  I am really looking forward to a great program and visiting with you.  Please see above for details and registration information.

Are you interested in getting more value out of your membership?  Email admin@naifa-broward.org with More Value in the Subject line and your contact information in the email to learn more.

Are you a new Financial Advisor?  We have discounted membership rates!

Reach out to me at skeidan@blsfinancial.com for more information. 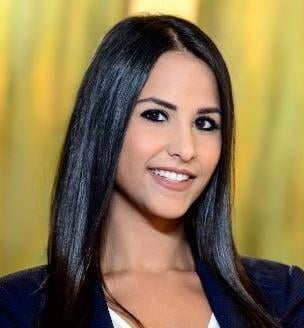 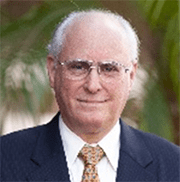 NAIFA-Florida members from across the state gathered in Tallahassee for the first in person Day on the Hill since 2020. NAIFA-Florida President George Royal welcomed everyone and highlighted the importance of engaging with our legislators.

NAIFA-Florida lobbyist Tim Meenan advised us that our issues this year focus on property insurance reforms including Senate Bill 1728 by Senator Boyd containing the option to depreciate roofs older than 10 years but requires total losses and hurricane claims to be paid at the replacement costs of roofs older than 10 years.  The second issue is the repeal and replacement of PIP with Bad Faith Reform.

There are several issues we are following including:

Commissioner Altmaier is not currently in favor of repealing PIP.  However, he is open to discussion if studies show stabilization and decrease auto insurance.

Altmaier, stated he is open to having discussions with issues that are a concern to us. Attorney fees remain a problem in rising insurance costs. NAIFA-Florida member Jean Ausman asked the commissioner why the state does not currently offer short term home health care insurance. The commissioner invited us to have a discussion on this important topic.  NAIFA-Florida member Mauricio Giraldo inquired about the challenges of finding replacement coverage for condominiums.

Representative Tom Fabrico District 103 including SW Broward and NW Miami-Dade responded to NAIFA-Florida President-Elect Jeff Chernoff question what the most effective way is to have an effective legislative meeting with keep focused and limit the issues presented.

Tim Meenan and Melissa Snively presented the Herb Morgan Memorial Award to NAIFA-Florida Lobbyist Tim Meenan. It was also announced that the award is being renamed the Morgan Meenan Advocacy Award.

I am seeking a few NAIFA-Broward members interested in political advocacy to engage with other members to help raise PAC funds, seek out legislative connections, deliver PAC checks, and speak with legislators.  If you are the type of person who wants to make a difference, contact me so we can determine if this committee is a good fit.  joe@retirementcouncil.com

The NAIFA-Florida Education Foundation was reestablished in 2015 to educate the public, NAIFA-Florida members, and those wishing to pursue a career in Financial Services.

As we secure funding we will offer the following initiatives:

For more information please reach out to one of our board members.

What is NAIFA? Why are we Here?
Founded in 1890 as The National Association of Life Underwriters (NALU), NAIFA is one of the nation’s largest associations representing the interests of insurance professionals from every Congressional district in the United States. NAIFA members assist consumers by focusing their practices on one or more of the following: life insurance and annuities, health insurance and employee benefits, multi-line, and financial advising and investments.

Mission Statement
The mission of the National Association of Insurance and Financial Advisors is to advocate for the positive legislative and regulatory environment, enhance business and professional skills, and promote the ethical conduct of our members.

100% of contributions are tax deductible, 100% of monies donated go directly to the foundation, and our board is made up of all volunteers. 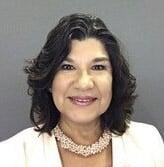 Save The Date – More Information Forthcoming

No comments to show.